What to see in Khajuraho

What to see in Khajuraho – Lakshmana Temple 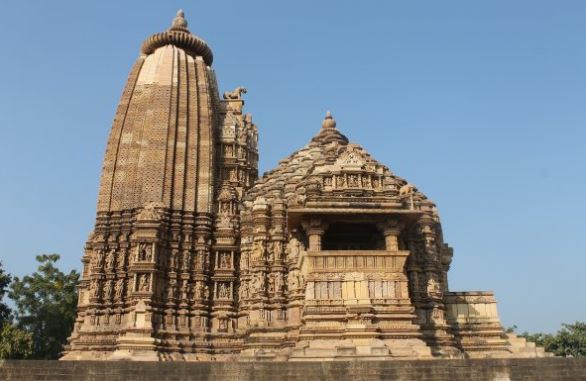 Built by the Chandela kings, the Lakshmana temple is a popular tourist attraction in Khajuraho. Being one of the first magnificent structures established in Khajuraho, the Lakshmana Temple is famous as an architectural marvel. The temple is the largest of the western groups of temples in Khajuraho and is dedicated to the Hindu Lord Vishnu and houses an image of Vaikuntha-Vishnu. By visiting the temple, tourists can witness the trinity of Brahma, Vishnu and Shiva on the horizontal beam above the entrance to the temple. Furthermore, the outer walls of the temple show images of 600 gods leaving everyone spellbound. In addition to this, the western group of temples also includes the Kandariya Mahadev temple and the Matangeshwar temple.

What to see in Khajuraho – The best things to do

Khajuraho is not limited only to temples as it offers the tourist a series of things to indulge that makes holidays in Khajuraho memorable. In addition to its magnificent architecture, erotic sculptures, natural sites, Khajuraho entertains travelers from all over the world in many other ways. In many respects, one that is popular here is watching the sound and light show where tourists can enjoy classical Indian music and technicolor spotlights with friends and family. In addition, tourists can enjoy delicious cheap foods like spicy chutney and crispy samosas which is a must try. In addition to this, tourists can also go exploring the old city of Khajuraho and come across the culture and lifestyle of the locals.

Nearby places to visit