Arrival at New Delhi international airport. Following the habits, the immigration formalities and the baggage collection, ours will surely come out of the arrival terminal building after which it will be transferred to your hotel.
Capital of India and an important entrance to the country, contemporary Delhi is a vibrant metropolis, which successfully combines in its folds – the ancient with the modern. Among the fast-spiraling skyscrapers the remains of a time gone by in the form of silent historical reminders of the ancient influence of the region. First impressions for each visitor are a species, city of the garden, lined with numerous beautiful parks.
Upon arrival at the hotel, proceed to check-in at the hotel. Standard Check in Time at the hotel 1400 hours / Check out 1200 hours. In time proceed to the tour of old delhi and new delhi, the Red Fort (external photo stop), Jama Mosque, Chandni Chowk and Raj Ghat ..
Brief information on the monuments
In the 17th century, the Mughal emperor, Shah Jahan, made his capital at Shahjahanabad, the area that covers present-day Delhi, also called the walled city.
Jama Masjid is the largest and best known mosque in India. It is flanked by a red fort on one side and the old town Chandni Chowk on the other side. Built by Shah Jahan in the 17th century, Jama Masjid is one of the busiest in Delhi for pilgrims and tourists.
Red Fort (Photo stop) was built by the Mughal emperor Shah Jahan in the seventeenth century, which took about 9 years to complete this magnificent structure and about 10 million rupees to build the fort.
Candani Chowk The Delhi bazaar novel can best be experienced at Chandni Chowk and around the streets. According to legend, the Chandni Chowk market was established during the reign of the Mughal emperor Shah Jahan.
Raj Ghat, resting place of Mahatma Gandhi. Raj Ghat remembers the man who is known as the Father of the Nation for his tireless and pacifist work to recover the independence of India.
Overnight at hotel in Delhi

After breakfast the day starts at 8:30
Visit Humayun’s Tomb, Qutub Minar, Lotus temple, Bangla Sahib
Humayun’s era is the second Mughal Emperor of India who died in 1556 and his widow Hamida Banu Begam, who also called Haji Begam, began the construction of his tomb in 1569, fourteen years after his death. Humayun’s tomb is the first example of a true mogul style, inspired by Persian architecture.
Qutab Minar is among the highest and most famous monuments in the world. This beautiful minaret is 234 feet high and is considered to be the tallest tower in the world. The Qutab Minar is one of many masterpieces depicting the sheer brilliance of Mughal architects.
Parliament house and President’s House (Photo stop)The Parliament of India is the supreme legislative body of the Republic of India. It is a bicameral legislature of the President of India and the two houses: the Rajya Sabha and the Lok Sabha The Rashtrapati Bhavan is the official residence of the President of India located at the Western end of Rajpath in New Delhi, India.
The Lotus Temple, The Lotus Temple, located in Delhi, India, is a Bahá’í House of Worship that was dedicated in December 1986. Notable for its flowerlike shape, it has become a prominent attraction in the city. Like all Bahá’í Houses of Worship, the Lotus Temple is open to all, regardless of religion or any other qualification.
Gurudwara Bangla Sahib is one of the most prominent Sikh gurdwara, or Sikh house of worship, in Delhi, India and known for its association with the eighth Sikh Guru, Guru Har Krishan Sarovar
Overnight at hotel in Delhi

After breakfast at the hotel, the day begins
Departure for Jaipur
Arrival in Jaipur and transfer to the hotel. More You visit Birla Mandir. and local market
Birla Temple, Jaipur At the foot of the fort Moti Dungri is the Birla Temple. The Birla Temple of Jaipur is gorgeous, when it is illuminated during the night. The construction of the temple began in 1977 and continued until 1985. On 22 February 1985, the temple deity was invoked and opened to the public to be visited. the temple was built by Birla Group of Industries, one of India’s business magnates. The Temple is dedicated to Sri Visnu (Narayan), the conservator and his consort Lakshmi, the Goddess of wealth.
Local Market, Free Time to tour the local market famous for local attired, perfumes, jewellery ecc.
Overnight in a hotel in Jaipur

Dopo a Prima colazione la giornata comincia alle 8:00
Si visita  il forte Amber,Jaipur City Palace, Jantar Mantar,Hawa Mahal
Amer Fort è una fortezza situata ad Amer, nel Rajasthan, in India. Amer è una città con un’area di 4 chilometri quadrati (1,5 miglia quadrate) situata a 11 chilometri (6,8 miglia) da Jaipur, la capitale del Rajasthan. Situato in cima a una collina, è la principale attrazione turistica nella zona di Jaipur. La città di Amer fu originariamente costruita da Meenas, e in seguito fu governata da Raja Man Singh I (21 dicembre 1550 – 6 luglio 1614).
Amer Fort is a fort located in Amer, Rajasthan, India. Amer is a town with an area of 4 square kilometres located 11 kilometres from Jaipur, the capital of Rajasthan. Located high on a hill, it is the principal tourist attraction in Jaipur.
City Palace, The City Palace, Jaipur was established at the same time as the city of Jaipur, by Maharaja Sawai Jai Singh II, who moved his court to Jaipur from Amber, in 1727. The most prominent and most visited structures in the complex are the Chandra Mahal, Mubarak Mahal, Shri Govind Dev Temple, and the City Palace Museum.
Jantar Mantar Jantar Mantar is located in the modern city of New Delhi. It consists of 13 architectural astronomy instruments. The site is one of five built by Maharaja Jai Singh II of Jaipur, from 1723 onwards, revising the calendar and astronomical tables
Hawa Mahal (Photo Stop) is a palace in Jaipur, India. Made with the red and pink sandstone, the palace sits on the edge of the City Palace, Jaipur, and extends to the Zenana, or women’s chambers. The structure was built in 1799 by Maharaja Sawai Pratap Singh, the grandson of Maharaja Sawai Jai Singh, who was the founder of Jaipur.
Overnight in a hotel in Jaipur

After breakfast the day starts at 8:30
Departure for Agra
You visit abhaneri step well Abhaneri step well, Fatahpursikri
The era of Abhaneri originally called Abha Nagri, which means “city of brightness”, is a cause of erroneous declaration, the name has been changed. The city is now in ruins but attracts tourists from all over the world.
Abhaneri is prominent for the ‘Baoris’, wells that were invented by the natives to collect rainwater. These tanks are used as cold storage areas and as water reservoirs during the year. Chand Baori is the most popular of the wells in the region, and is one of the deepest and largest of India. There are three ways to reach the water. This colossal and delicately carved well is located in front of the temple of Harshat Mata. It was a ritual to wash your hands and feet at the well before visiting the adjacent temple.
Fatahpursikri Built by the Mughal emperor Akbar in the mid-16th century, Fatehpur Sikri was to be a new capital for his empire. Built in almost uniform style, Sikri is a complex sprawling of palaces, mosques, temples and other structures. It is a splendid fusion of the present Persians and Indian construction.
Overnight at the hotel in Agra

After breakfast at the hotel, the day begins
Taj Mahal It is one of the seven wonders of the world and a place to be seen in India. He is the living example of the romantic life of Shah Jahan and his beautiful wife Mumtaz Mahal. The construction of this beautiful monument was completed in 1653 AD. The Mughal king Sha Jahan built this as a final resting place for Queen Mumtaz.
After the visit of Taj Mahal, we proceed to visit the Agra Fort.
Agra Fort Immersed in the strong banks of the Yamuna river, this crescent-shaped fort was commissioned by Akbar, one of the greatest emperors of the Mughals, in 1565. Surrounded by mighty bastions, the complex has numerous palaces, gardens and sales inside the fort. and other historic sites.
Departure for the train station according to the train schedule,
Arrival in Varanasi and transfer to the hotel
Overnight at the hotel in Varanasi

Arrival in Varanasi and transfer to the hotel
In the afternoon we go to visit Sarnath
In the afternoon excursion we visit Sarnath, an important Buddhist center where Buddha gave his first sermon. Visit the museum which houses an excellent collection of Buddhist art and sculptures and visit the University of Varanasi, Bharat Mata Temple.
The Kashi Vishvanath temple is one of the most famous Hindu temples dedicated to Shiva. It is located in Varanasi, Uttar Pradesh, India. The temple is located on the west bank of the sacred river Ganges and is one of the twelve Jyotirlingas, the most sacred of Shiva temples. The main deity is known as Vishvanatha or Vishveshvara which means Ruler of the Universe. The city of Varanasi is also called Kashi, and therefore the temple is popularly called Kashi Vishvanath Temple.
The temple has been mentioned in the Hindu scriptures for a long time as a central part of worship in the philosophy of Shaiva. It has been destroyed and rebuilt a number of times in history. The last structure was demolished by Aurangzeb, the sixth Mughal emperor who built the Gyanvapi mosque on his site. The current structure was built on an adjacent site by the ruler Maratha, Ahilya Bai Holkar of Indore in 1780.
In the evening we visit the ghat of the Ganges for the Religious ceremony
Overnight at the hotel in Varanasi

This day You have to get up early, at 0500 am pick up at the hotel for a boat ride on the Ganges river during the boat ride on the Ganges river, go down to the pilgrims to soak the river and clean your soul, too assist the “ghat crematoria”, which is where the bodies were incinerated.
Return to the hotel for breakfast ..
Free day to explore Varanasi on your own
Overnight at the hotel in Varanasi

After breakfast the day starts at 9:00 AM
Departure for Delhi
Arrival in Delhi and transfer to the hotel
Rest of the day at leisure.
Overnight at hotel in Delhi 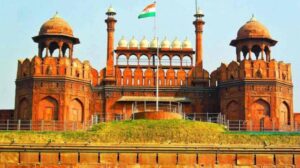 Transfer to the airport according to the flight schedule
Ciao India Tours wishes you a very pleasant journey. 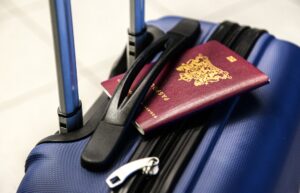