Best places to visit in Varanasi

Best places to visit in Varanasi – Things to do in Varanasi are not as numerous as the lists in other cities, but some of them are overlooked by those planning a trip to this city. Varanasi is as old as human civilization. The ancient city set on the banks of the Ganges River is located in Uttar Pradesh. One of the seven holy cities in India, Varanasi also has the names of Benares and Kashi. From birth to death, every aspect of earthly existence and some claim that even salvation is achieved only in the 5000-year-old city. The experience of the city is beyond words.
Two worlds meet in Varanasi and each one is spectacular in its own way. The beating heart of Hindu culture, pilgrims believe that the city offers moksha (liberation from the cycle of birth and death). And then there are nuances of modernity in activities like evening art which is a large-scale show.

The sacred river Ganges provides Varanasi with a spiritual charm with rowing boat trips during sunrise is perhaps one of the best things to do in Varanasi. The ride along the river Ganges is some of the experiences of Varanasi that you will cherish for a lifetime. It takes us through several Ghats and former palaces located near the banks of the Ganges, offering a panoramic view of this river and the region. Observe the Hindu rituals.
The best time to enjoy the boat ride on the river Ganges is the hour of sunrise and the hour of sunset. Early in the morning from 5:30 to 8:00 is a good way to see the sunrise and the city envelops you in its charm. Even a sunset boat ride, especially during the aarti, is spectacular.

Best places to visit in Varanasi – Bathe in the Ganges

The sacred river Ganges provides Varanasi with a spiritual charm. The waters of the Ganges River are sacred. The divine river offers salvation to all those who bathe in the water. Pilgrims from all over the world, regardless of their age, plunge into the water to absolve their sins and reach moksha, liberation from the cycle of birth and death.
Varanasi has more than 84 Ghats with ladders leading to the waters. The bathroom happens here seen from the first light of dawn. People sing prayers to appease the River Goddess.

Because of their religious significance, the temples top the list of things to do in Varanasi. In the holy land of the gods, the temples of Varanasi offer a direct encounter with the gods. The ancient city has a temple in every corner. Some temples have ties to legends from Hindu mythology and many are built to honor their faith. The architecture of the temples is noteworthy. The spiritual atmosphere is purifying the soul and certainly deserves your time.
The most popular of the temples here is the Kashi Vishwanath temple. Set in two golden domes, the temple was built in 1780 by Queen Ahilyabai Holker of Indore. Here is a Jyotirlinga of Lord Shiva known as Vishwanath. Other popular temples are the 18th century Durga temple, the Annapurna temple, the Ankatha temple, the Kalbhairav ​​temple, the Mritunjay Mahadev temple, the Tulsi Manas, the Sankatmochan, the Bharat Mata temple, etc.

The Ghat along the Ganga river in Varanasi is the most fascinating spectacle of the holy city. Walking along the Ghats at sunset is an unrivaled experience. Exploring the Ghat is one of the best things to do in Varanasi. The city has almost a hundred Ghats, the steps of each leading to the waters of the Ganges river. These are bathing Ghat, praying Ghats and cremation sites for Hindus all over the world.
Dashashwamedh Ghat, associated with two Hindu mythologies, is one of the best places to explore. Some of the other main Ghats include Assa Ghat, Mata Anandamai Ghat, Manikarnika Ghat, Munshi Ghat, Raj Ghat, Scindia Ghat, etc. It is believed that Tulsi Ghat does get rid of leprosy and is highly revered by everyone.

When we talk about things to do in Varanasi, evening art is one of the best activities when visiting Varanasi. The evening ceremony Aarti at the river Ganges in Varanasi is undoubtedly a show to cherish for a long time. The surreal ceremony must be seen from the Dasawamedh Ghat. Witness of wonderful rituals unfold before your eyes and enchant you. The large brass lamps of almost 4.5 kg are used during the spiritual greeting. Songs, aromas of flowers and incense create a heavenly blessing. The twilight sky shines with divine splendor. The Art ceremony takes place every evening a 45-minute ritual at 6.45pm.

Best places to visit in Varanasi – Looking for a weavers village in Varanasi?

Varanasi weavers are internationally known for creating some of the finest masterpieces. The village of Sarai Mohana is the weavers’ village, famous for its silk weaving. The Banarasi sarees made from these exemptions are among the best saris of India. Known for their brocade or gold and silver zari, fine silk and opulent embroidery. These saris are mostly worn by Indian brides.
In the village of Sarai Mohana, discover the art of weavers with their different design. These weavers work hard to design these saris to maintain their individuality. The sari masterpiece needs 15 days to a month and sometimes up to six months to complete.

Take a sightseeing tour of Sarnath

Sarnath is located only 12 km from the holy city of Varanasi. The sacred site of Sarnath is popular because it is here that Gautama Buddha first taught Dharma after his enlightenment. One of the four sacred Buddhist sites, the relics of the area attract large numbers of visitors.
Having faced destruction by the Turks, there are some fascinating ruins to explore. Dharmekh’s Stupa is impressive. Dating back to 200 BC approximately, the pillar is 128 feet high and 93 in diameter. Mulagandhakuti Vihara marks the place where the Buddha spent his first rainy season in meditation. The pillar of Ashoka in Sarnath has some interesting incisions. Also, here are six national temples of various Asian communities, including a Tibetan temple and a Sri Lankan temple. The archaeological museum of Sarnath is worth exploring as there are treasures hosted here.

Remembering the story in Varanasi

The Hindu University of Benaras, founded by the Sanskrit scholar Madan Mohan Malviya, houses the famous Bharat Kala Bhavan Museum. Browse through its rich collection of Indian paintings dating back to the 11th and 20th centuries and number around 12,000.
The fort of Ramnagar located across the river beyond the Assi ghat was built in the 17th century. It has been the home of the royals of Varanasi for over 400 years. Although today it is almost in ruins, the palace still retains its charm and memorabilia. 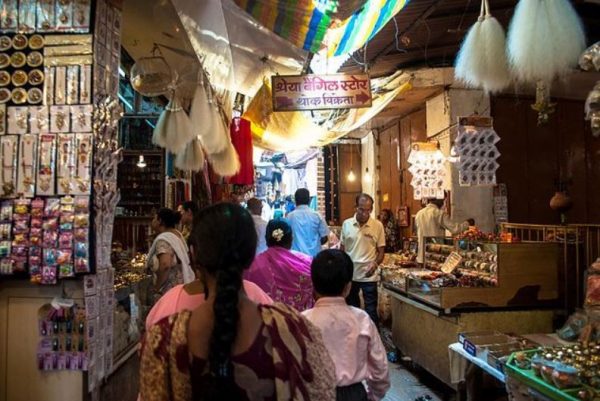 Shopping in Varanasi is a great way to take home memories of the holy city. The city is widely known for its silk saris and ornate jewels, visit the local market to explore the plethora of colors, intricate patterns and elaborate designs.
In addition to saris, you can buy shawls, carpets, stone carvings, bracelets and idols of Hindu or Buddhist gods. The main shopping areas to explore in this city include Vishwanath Lane, Thateri Bazaar, Chowk and Godowilia.

Food in Varanasi is a gastronomic experience. Savor the vast assortment of delicious delicacies. The streets of Varanasi present the most famous food and the various unique specialties of this city. The famous snow cone, the roasted peanuts, the delicious chat voices like Tamatar Chat, Pani Puri, Kachoris, Aloo Tikki, variety of sweets like Jalebis, Banarasi Kalakand, Rabri, etc. Another famous Banaras surprise is their Paan. It is a Varanasi specialty made of betel leaves and should definitely be on your list.